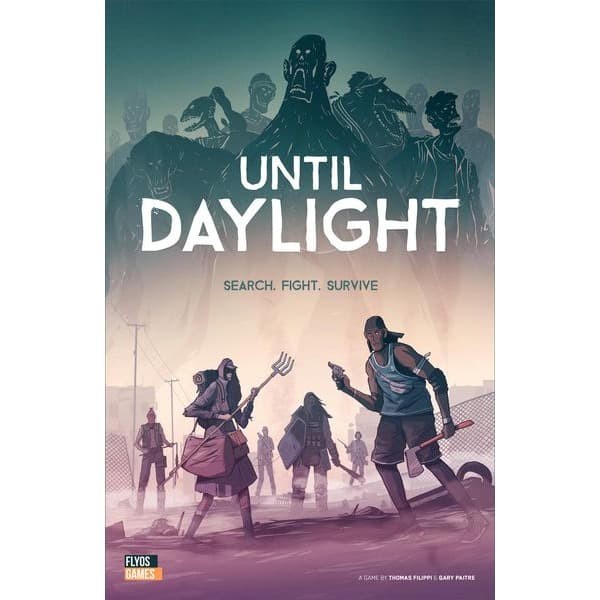 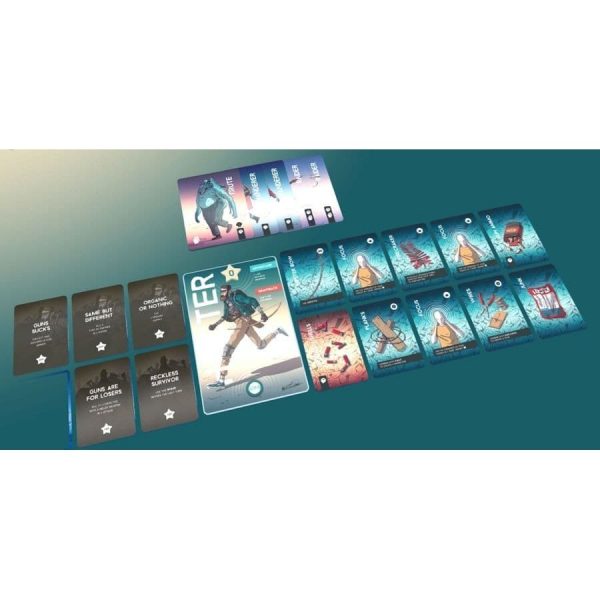 Until Daylight Board Game

Until Daylight is a co-operative survival card game. Your goal: Survive ten waves of enemies and save at least one survivor.

During the game, you can find and exchange objects, weapons, and ammunition with other characters and build traps or barricades to protect yourself and ensure your survival as a group. Your reflexes, your sense of strategy, and your ability to survive will be tested. Every character you may embody is unique and has its advantage and drawback that will enhance the game with strong and intense moments. “Search, fight, survive” will quickly become your motto.

Your first games should be difficult, and you will probably die. Don’t worry — it’s normal because surviving the apocalypse is anything but easy. Every attempt will teach you a little more about the game mechanisms and strategic priorities. Until Daylight is a game in which every action counts and where time will be very cruel. In some phases you will have only a few seconds to react before the horde falls on you. You win the game if the following three conditions are met:

All characters survived the ten rounds of the game.
All enemies revealed in the game were eliminated.
The group saved at least one survivor.
Until Daylight is a co-operative game, but of course players might disagree on which strategy to adopt. In these circumstances, the group leader decides which action will be carried out for the party. The player with the most experience points is the group leader