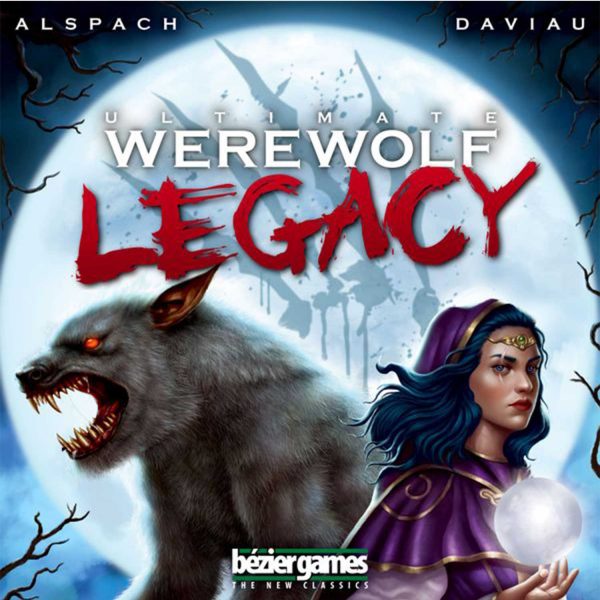 Ultimate Werewolf Legacy uses gameplay similar to Ultimate Werewolf, but you no longer have single standalone games as players and the village itself have attributes that are retained between games, with events that take place in the first games having effects that ripple through remaining games. Make a bad decision early on, and it can haunt the village for years to come! Players can earn titles, which provides them with special abilities in future games, regardless of their role. Players are each given a public family card in addition to their secret role card, and they team up with the other members of their family to work together…unless one or more of their family members is secretly working against them.