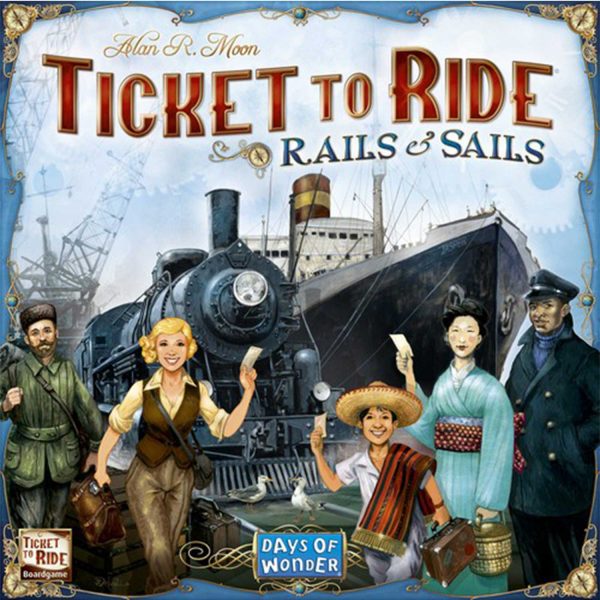 Ticket to Ride: Rails & Sails takes the familiar gameplay of Ticket to Ride and expands it across the globe which means that you’ll be moving across water, of course, and that’s where the sails come in.

As in other Ticket to Ride games, in Ticket to Ride: Rails & Sails players start with tickets in hand that show two cities, and over the course of the game they try to collect colored cards, then claim routes on the game board with their colored train and ship tokens, scoring points while doing so. When any player has six or fewer tokens in their supply, each player takes two more turns, then the game ends. At that point, if they’ve created a continuous path between the two cities on a ticket, then they score the points on that ticket; if not, then they lose points instead.

Ticket to Ride: Rails & Sails includes a double-sided game board, with one side showing the world and the other side showing the Great Lakes of North America. Players start with a differing number of cards and tokens depending on which side they play, and each side has a few differences in gameplay.