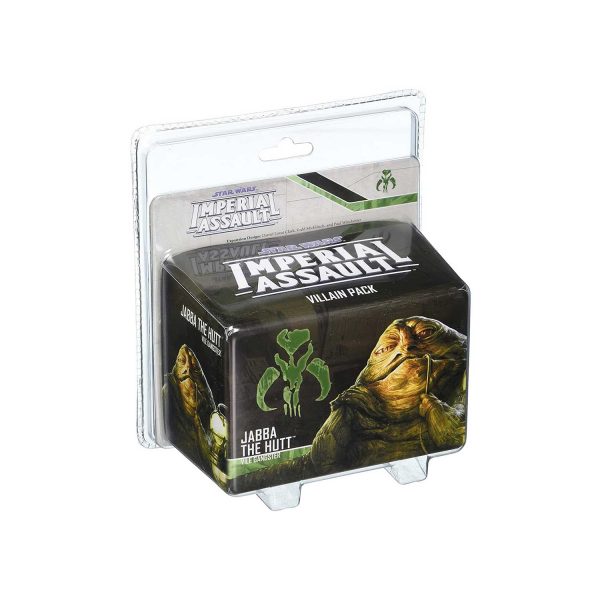 This is expansion for Imperial assault base Game! Base Game needed to play!

The Galactic Empire may technically control Tatooine, but on the planet?s surface, the rules are seldom determined by laws made light-years away. Crime is the closest thing to government that Tatooine has, and all crime on Tatooine feeds back to Jabba the Hutt. Jabba has spent decades establishing his criminal empire and crushing all competitors. Now, he can help guide your mercenaries’ strike team to victory with the Jabba the Hutt Villain Pack.

Three new Agenda cards invite you to spread the might of Jabba the Hutt across the Star Wars galaxy, even when the Rebel heroes venture beyond Tatooine itself. When he takes the battlefield himself, Jabba the Hutt offers a formidable presence in your campaign or skirmish. Though he prefers to stay out of direct combat and his great bulk makes it difficult for him to move quickly, Jabba excels at ordering his minions into battle and subtly undermining your enemy?s plans. With this Villain Pack, your options for using Jabba the Hutt to control the crime world are nearly unmatched.

This is not a standalone product. A copy of the Imperial Assault Core Set is required to play. Includes missions that require the Jabba’s Realm expansion.