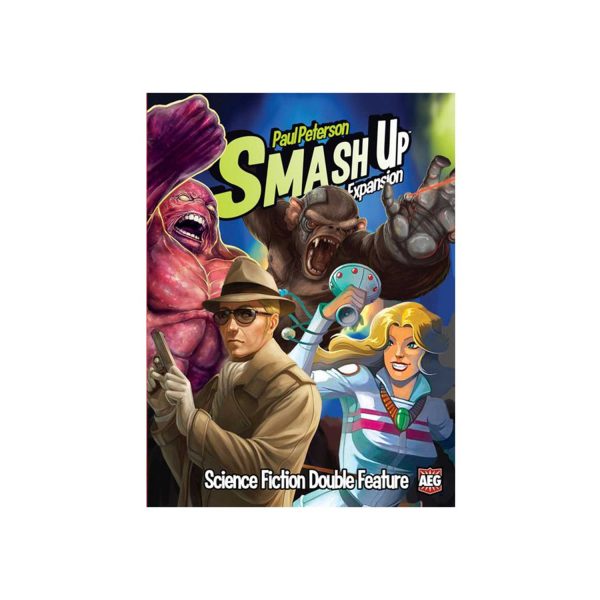 Need Smash Up! Base game to play!

Smash Up is back with even more wild factions in the mix! Science Fiction Double Feature brings four new decks to the base-smashing business with abilities unlike those seen before!

Time Travelers allow you to reuse your cards time and time again
Cyborg Apes take actions that attach to your minions and take them to a whole new level
Super Spies use their mojo in espionage to plot out the future of you and your opponents
Shapeshifters could be anyone!
Smash Up: Science Fiction Double Feature can be played on its own as a two-player game or combined with other Smash Up titles to allow for up to four players to compete at the same time.