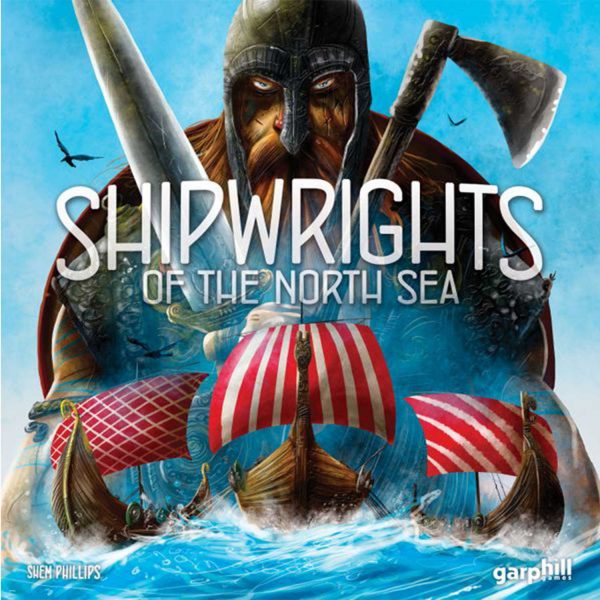 Shipwrights of the North Sea

The second edition of the game contains both the first edition base game, plus the Townsfolk Expansion in the same box.

Shipwrights of the North Sea is set in the early years of the Viking Age, circa 900 AD. As Viking shipwrights, players compete to build the greatest fleet on the North Sea. Players must collect oak, wool, and iron, as well as getting other craftsmen on board to help. Gold is a precious commodity and must be spent wisely. As you would expect, the township is filled with an array of characters, bad and worse. Better hope they’re on your side!

Aim of the Game

The aim of Shipwrights of the North Sea is to be the player with the most Victory Points at the game’s end. Points are gained by constructing various Ships and Buildings. The game ends after the round where 1 or more players constructs their 4th ship. Numbers of player; 2 – 4
Playing Time: 60 mins
Recommended age: 10 +