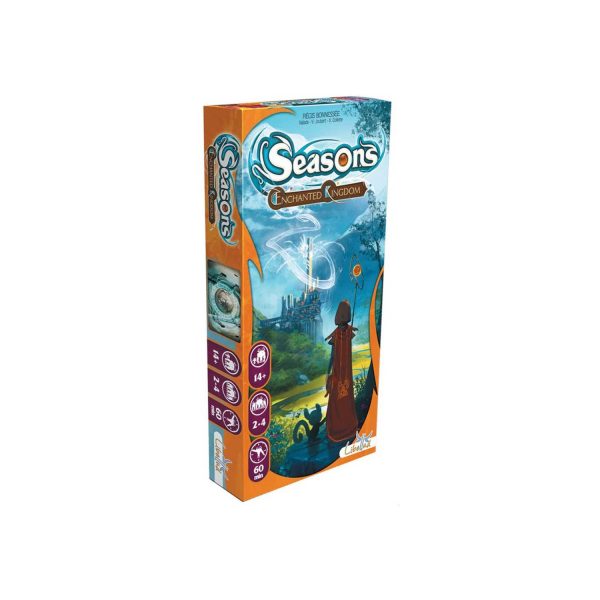 Seasons: Enchanted Kingdom, the first expansion for Seasons, includes two copies each of 20 new power cards, 10 enchantment cards, 12 special ability tokens that fit into the hole on a player board so that wasn’t just kooky graphic design, but rather foreshadowing! and additional other material, such as two replacement cards that have received errata in newer editions of Seasons.