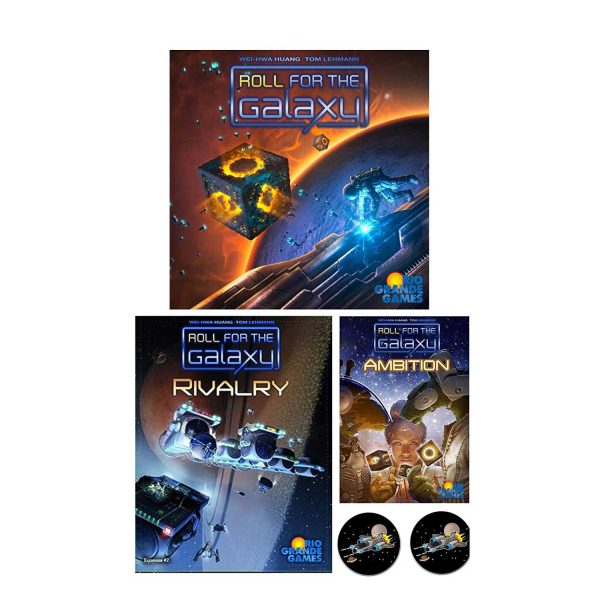 Roll For The Galaxy

Roll for the Galaxy is a dice game of building space empires for 2-5 players. Your dice represent your populace, whom you direct to develop new technologies, settle worlds, and ship goods. The player who best manages his workers and builds the most prosperous empire wins!

Ambition is the first expansion to Roll for the Galaxy. It adds new factions, home worlds, and game tiles, two new dice types, and optional objectives to the base game.

Rivalry, the 2nd expansion for the hugely popular roll for the galaxy is effectively three expansions in one. It adds a whopping 437 components, including new factions, new dice, new homeworlds, new Game tiles, and even a new customizable dice. In the deal expansion, a new phase is added to the Game using the customizable dice and allowing players to get in on the deals and exchange some assets for others. With the orb, a research phase is added to the Game, allowing the players to modify their customizable dice to obtain immediate benefits or improved effects. Rivalry requires the roll for the galaxy base Game to play. Rivalry is compatible with the Ambition expansion.