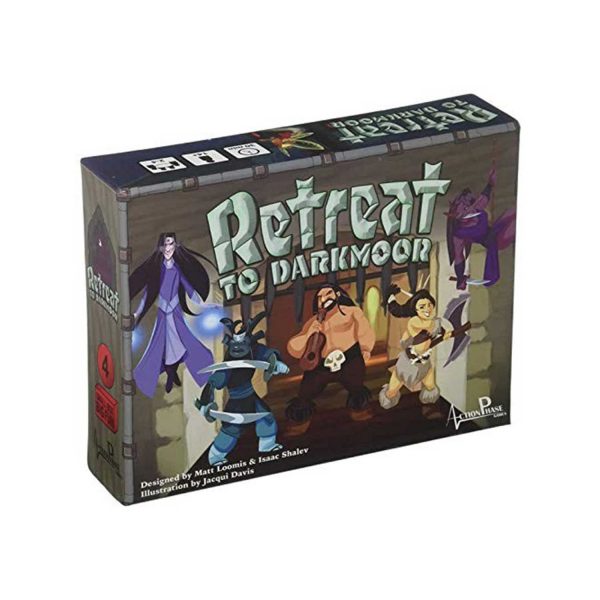 The foul forces of Darkmoor have amassed their legions to strike at the Capital City. Despite their well-laid machinations, something awaits them within the city walls: the realm’s legendary heroes, who have gathered to council the king. Failing to siege the city, each overlord’s minions must now retreat to Darkmoor lest they be capturedor worse.

In Retreat to Darkmoor, 2-4 players assume the roles of dark overlords of the realm, each commanding an identical deck of minions. Your goal: to successfully evade the legendary heroes and take refuge in the various locations of Darkmoor. Each minion that manages to escape will count toward control of a location, but beware of your so-called collaborators, as each overlord also scores points for eliminating rival minions!