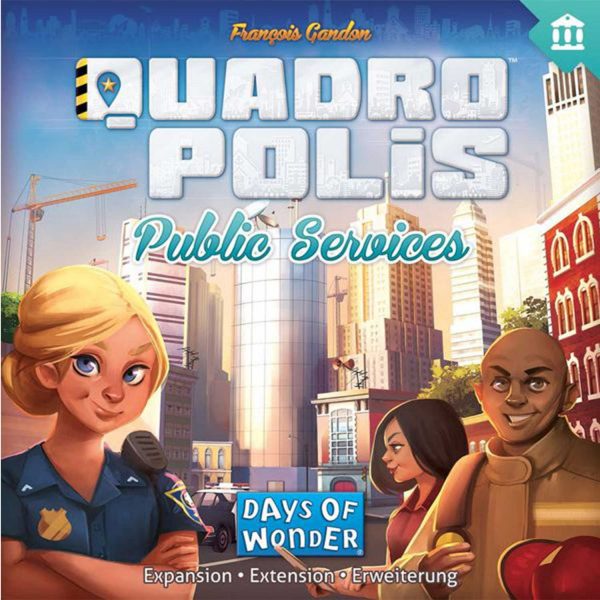 This is the expansion for Game Quadropolis! Need base Game to play!

With Quadropolis: Public Services, an expansion for the Quadropolis base game, players can add new public service buildings to their cities. As Mayor, will they choose to increase the population by building a maternity ward or protect their citizens with a new police station? Perhaps a reprocessing plant would be a good investment to decrease pollution… Whatever you choose, competition will be fierce, and being able to build the right public service at the right time will not be made easy by the other players.

Each round, a selection of public service tiles are revealed and placed face up next to the board. Players will then be able to build these in their city, with each of these new buildings offering in-game bonuses and scoring options to newly challenge you as Mayor of a modern city.