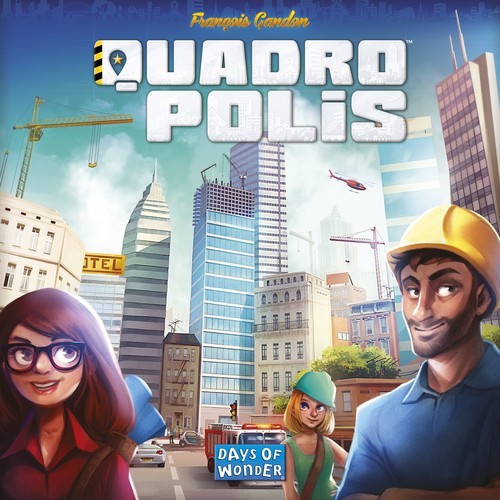 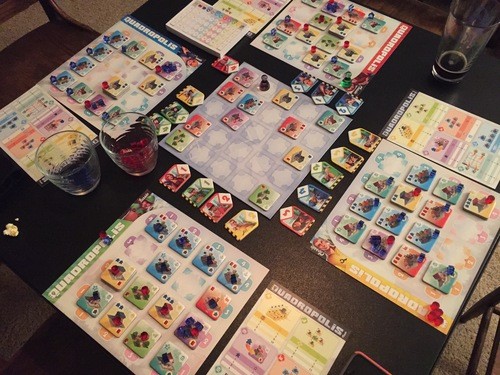 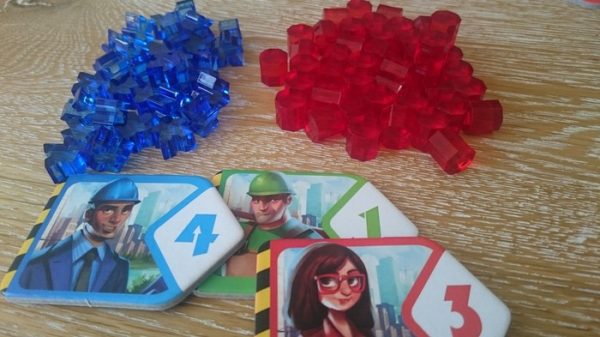 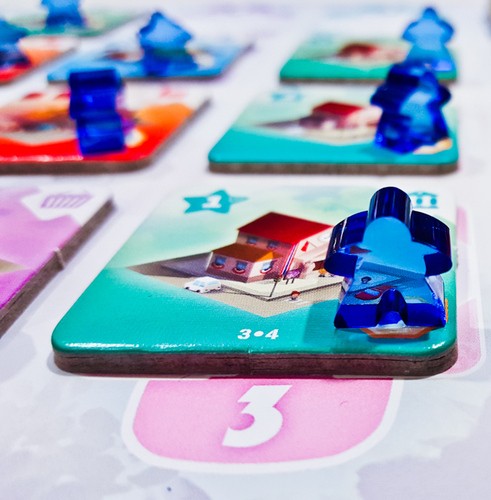 Each player builds their own metropolis in Quadropolis, but they’re competing with one another for the shops, parks, public services, and other structures to be placed in them.

The game lasts four rounds, and in each round players first lay out tiles for the appropriate round at random on a 5×5 grid. Each player has four architects numbered 1-4 and on a turn, a player places an architect next to a row or column in the grid, claims the tile that’s as far in as the number of the architect placed (e.g. the fourth tile in for architect #4), places that tile in the appropriately numbered row or column on the player’s 4×4 city board, then claims any resources associated with the tile (inhabitants or energy).

Some buildings are worth victory points (VPs) on their own, and once players sum these values with what they’ve scored for each type of building in their city, whoever has the highest score wins.