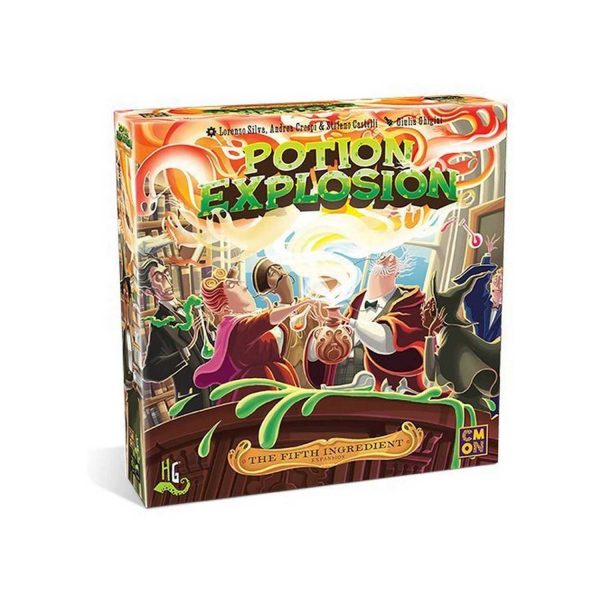 This is Expansion for Potion explosion! Base game needed to Play!

Huge renovations are ongoing at the Horribilorum Sorcery Academy for Witty Witches and Wizards! A new dispenser, bigger halls, and more players!

The second expansion for the award-winning Potion Explosion, The 6th Student includes a shiny new plastic dispenser and introduces a new game mode to play with 5/6 players! Pick marbles from one dispenser and discard them into the other, but be ready for the sound of the bell! When you change classrooms, the roles of the two dispensers will swap, so plan ahead.

Also, learn to brew two new potions focused on sharing Ingredients (either willingly or not), the Generosity Confection and the Concentrate of Selfishness, and handle a new kind of wild Ingredient that can’t be mixed with any other Ingredient, Mandragora Leaves!