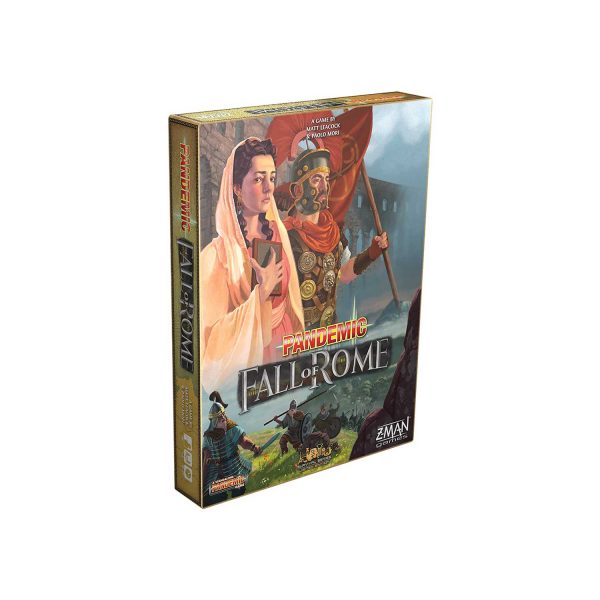 STRATEGY GAME: Travel back in history to the time of the world’s greatest empire: Rome. You must recruit armies, fortify cities, forge alliances, and face off against the invading hordes in battle in order to stop the fall of Rome!
COOPERATIVE BOARD GAME: Improve your team’s chances to defend against the invaders by working together and using your unique skills wisely. Only through teamwork will you have a chance to stop the invading horde. A truly cooperative game where you win or lose together.
THE GREATEST EMPIRE IN HISTORY: At the height of its power, the Roman Empire held more than two million square miles of territory, but the borders have been left open to invasion. Members of these invading tribes migrate through the cities and countryside of the Empire. If left unchecked, these warriors will sack cities, proceeding along the path to Rome itself.
UNITE AND PROTECT THE EMPIRE: With invasion imminent, you and your teammates must work together to use your special skills, gather the soldiers of the Roman legion, and roll the dice to battle the invading hordes.
MULTIPLE PLAY MODES: This easy to learn family and adult game can be played with 1 to 5 players. Play as the Roman Emperor in the unique solo play mode, or have your seasoned group tackle the Roman Caput Mundi Challenge.