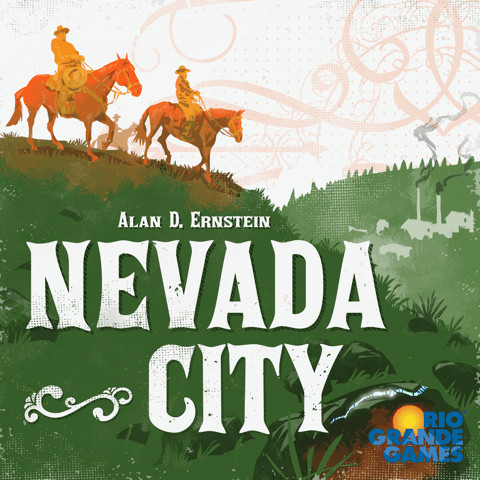 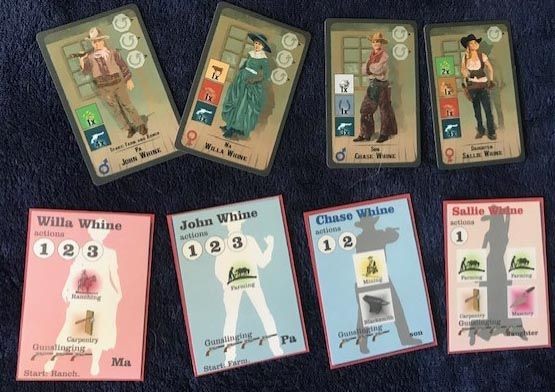 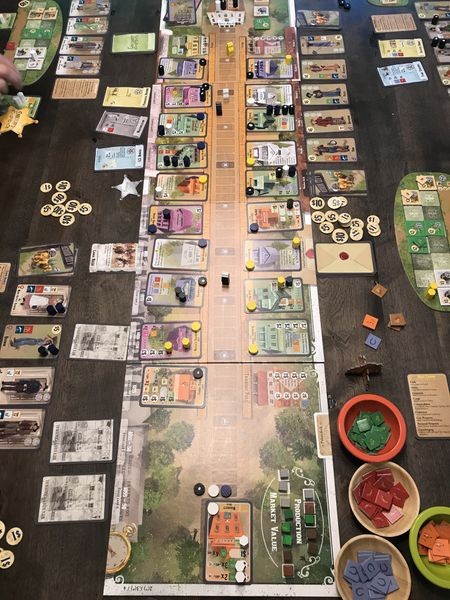 Each player in Nevada City starts the game with a nuclear family — mother, father, daughter, and son — and a homestead mat where you can establish farms, fence in livestock, and develop silver mines. You start the game with one mine, one farm, and one ranch, along with some money and an assortment of commodities. The town consists of a few buildings, and other buildings will become available for construction as the years advance, with the game lasting four years.

A year lasts a number of turns until all players have used all of their characters and hired workers. On a turn, a player chooses one of their characters and takes actions until all of that character’s actions are spent; a character can’t take the same action during a turn. A character can buy new property from city hall; mine, farm, or ranch their own property; claim a building; construct a building; use an existing building; reserve a contract that has conditions for improving the city; or work to fulfill that contract. Each character and worker has a different set of skills that can boost the actions they take, such as finding additional silver in a mine or bringing lumber to a construction site.