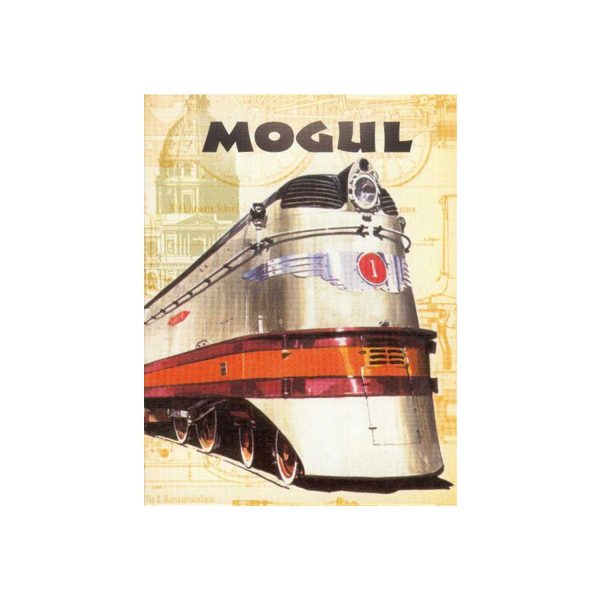 Mfg Suggested Ages: 13 and up
Playing Time: 45 minutesIn the 1920s, the U.S. stock exchange experienced a period of growth previously unknown. Everyone speculated, and many become millionaires overnight.

In Mogul a revised and expanded version of the 2002 game of the same name players buy and sell railway stock, trying to outsmart both the opponents and the market. Each of the five railroad companies has five to eight shares, and in addition to being a share of the company, each share card has a box on it that indicates another company. Players start with particular stock holdings based on the number of players in the game and their position in turn order.