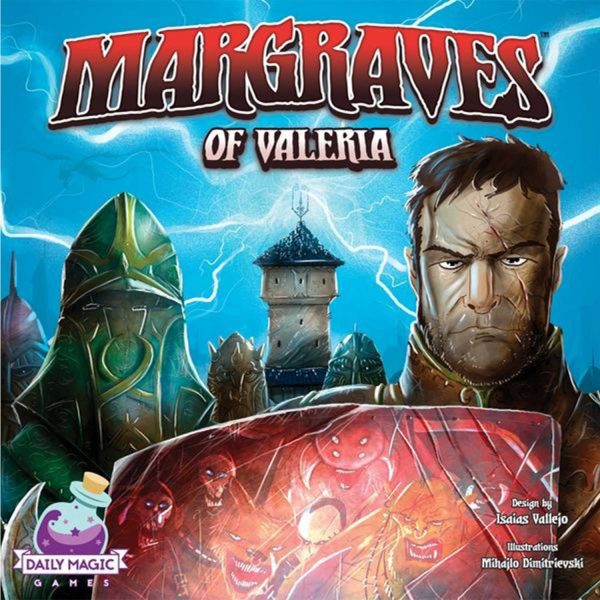 Margraves of Valeria is a hand-building worker-placement game set in the fantasy world of Valeria. It’s the fifth stand-alone game in the series and brings the familiar feel of the previous games (with icons, characters, and easy turns) while building on familiar mechanics you’d expect (off-turn bonuses, multi-use cards, and resource-management).

You are a Margrave, a military commander tasked with defending the land of Valeria and building magical Ward Towers at cities. Knights in Valeria can be commanded by you or your fellow Margraves to slay monsters or activate locations in an effort to gain influence over the 4 Guilds: Worker, Soldier, Shadow, and Holy. As you gain influence, you’ll cross thresholds that will earn you privilege tiles which give you bonuses.