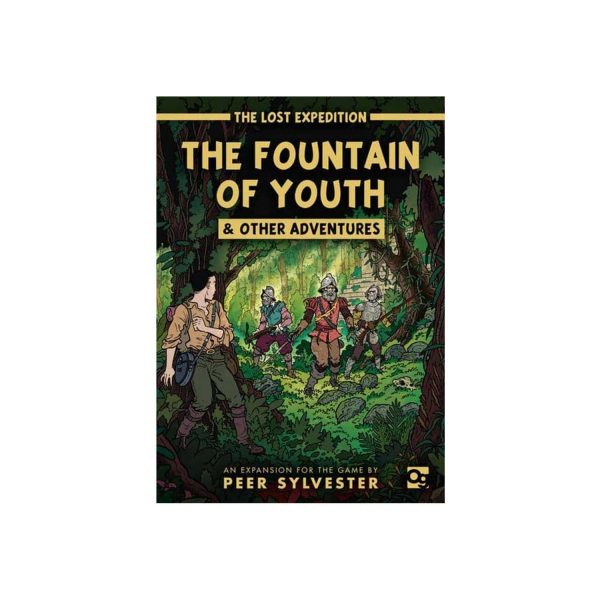 This Is expansion for lost Expedition Board game! base game needed to play!

The Lost Expedition: The Fountain of Youth & Other Adventures expands the base game with four new, modular additions.

In The Fountain of Youth & Other Adventures, Francisco de Orellana and his band of conquistadors traveled deep into the Amazon and were never seen again. Centuries later, unbelievable reports of men clad in ancient armor armed with sword and arquebus have surfaced. If the rumors are true, de Orellana found the Fountain of Youth and guards it dearly…

Other reports have emerged from the area of a mysterious mountain deep in the jungle, pulling planes crashing down from the sky. There are whispers, too, of a dark curse that the locals call only the Mark. For those foolhardy enough to still journey into the depths of the continent, they best not travel alone.

M as in Monkey