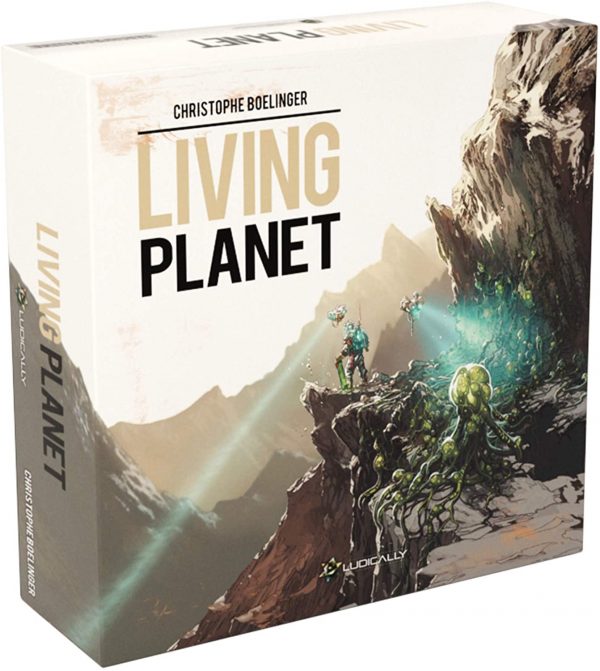 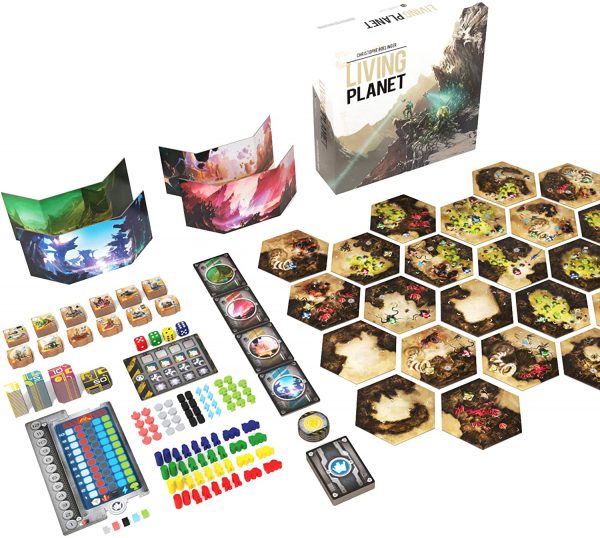 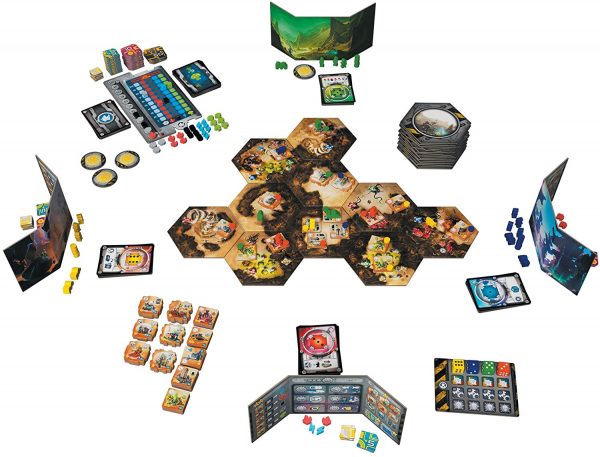 In Living Planet, each player represents one major Galactic Corporation exploiting the distant planet MYC.14.250. Each one of them is eager to industrialize the planet and generate as much profit as possible before the planet self-destructs.

To do so, you’ll have to explore the planet to grow the map. You’ll manage your team to extract resources with factory buildings you’ve built, and trade resources at the stock market to make money. And above anything else, you’ll have to handle the cataclysm generated by the planet. But cataclysm doesn’t happen randomly, players trigger them through their actions, using their card set. The confrontation between players will take place throughout the planet.

Players will alternately take the leader role for each turn. Each turn follows a specific game turn sequence. Every player will have some actions to accomplish at a turn, in the order the Leader chooses, resolving the sequence: Resources production – Action (Explore, Move, Construct, Trade) – Cataclysm.

At the end of the game, each player will earn victory points based on how much money they have and how many buildings and vehicles they control.