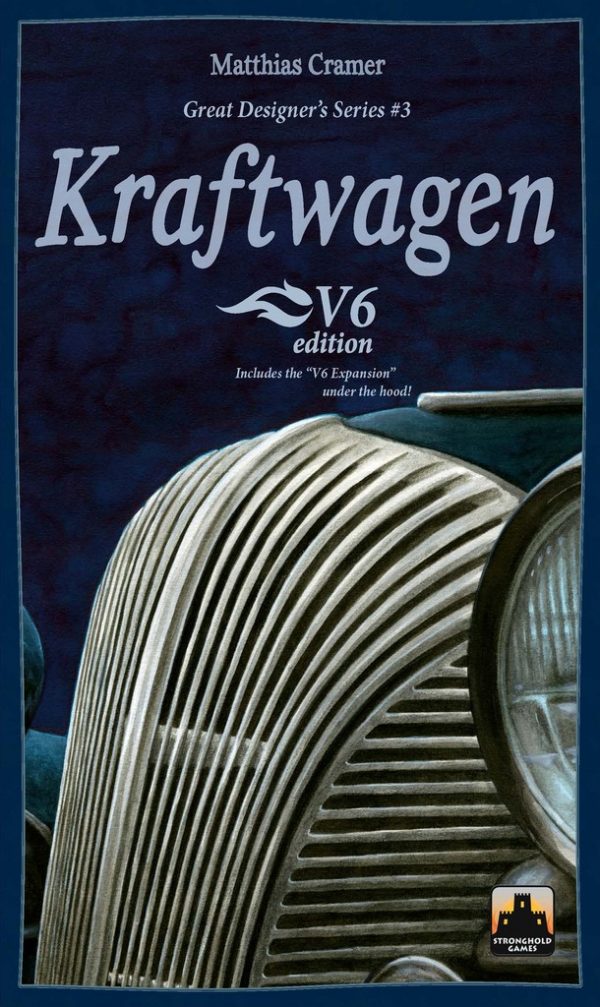 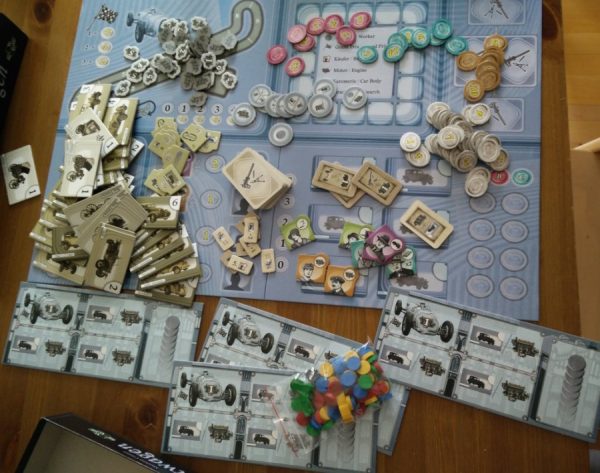 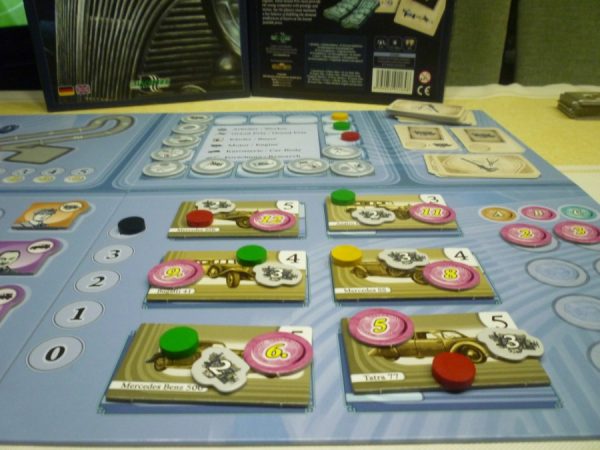 In Germany in 1888, Bertha Benz, wife of auto pioneer Carl Benz, undertook the first cross-country drive in an automobile. While making the trek from Mannheim to Pforzheim, her car ran out of fuel in Wiesloch. Mrs. Benz stopped into the city drugstore to obtain the appropriate chemicals to make more fuel, effectively creating the worlds first gas station.

By the year 1928, Germany possessed a dense road network where combustion engines had triumphed over electric and steam engines and where cars were produced via assembly lines. Manufacturers began producing more affordable vehicles for the broader population.

In Kraftwagen, players advance the state of automobile development and production by playing as start-up companies. They must research new technologies and build improved chassis and engines. Early Grand Prix races provide the young companies with prestige and money, but the players must maintain a key balance of fulfilling the demand preferences of buyers at the lowest possible price.

Kraftwagen: V6 Edition includes a new set of tiles, featuring the next technology available at the time, the V6 Engine.