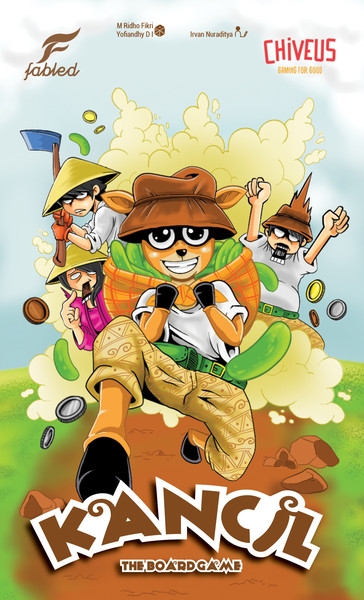 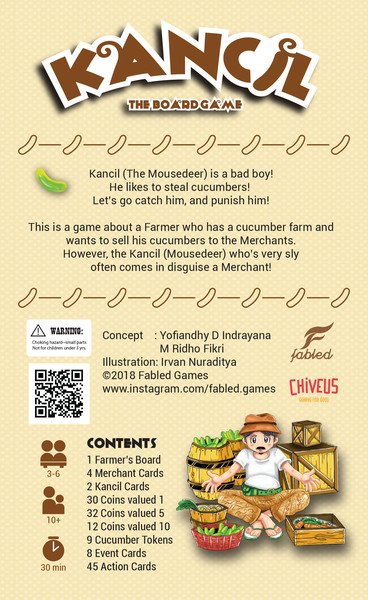 Kancil is a hidden role game for 3-6 players that revolves around the art of negotiation between a farmer and the merchants involved. Players take turns as the farmer with a simple task: Sell their hand-grown cucumbers to the merchants and make an honest living out of it. The goal of the game is to earn the most profits through successful deals.

All is well except that a creature called Kancil — a creature who often disguises itself as a merchant — pretends to negotiate business deals with the farmer, while in fact, Kancil would break the whole deal in the end and steal all the earnings away!

Kancil originates from Indonesian folklore. In the folklore, Kancil is the farmer’s arch-nemesis as Kancil always steals the farmer’s cucumbers away. In this game, Kancil’s craftiness is upgraded to a whole new level.