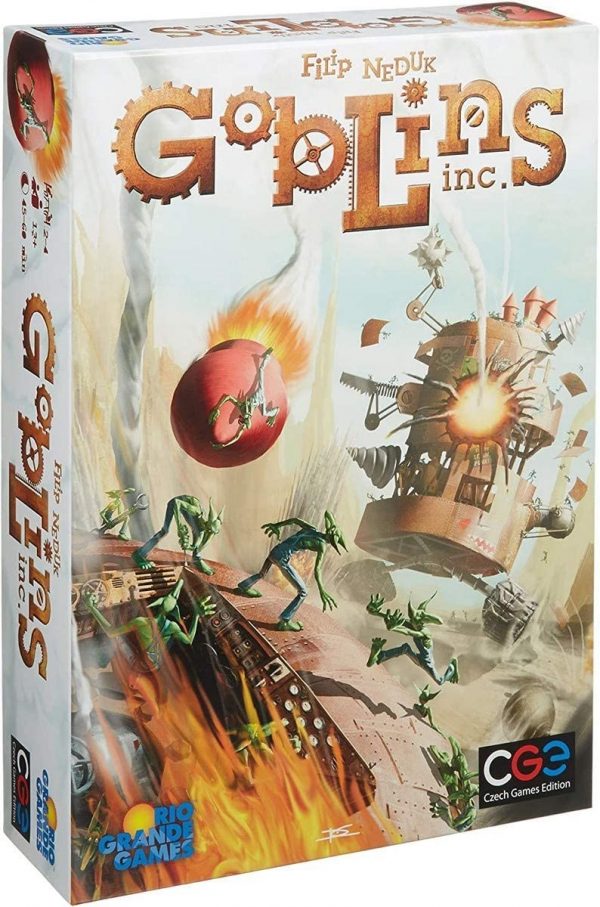 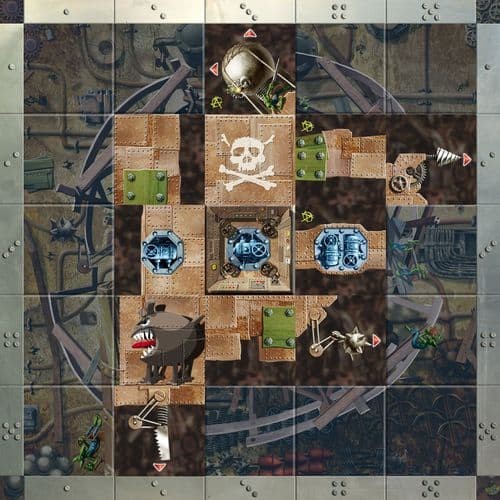 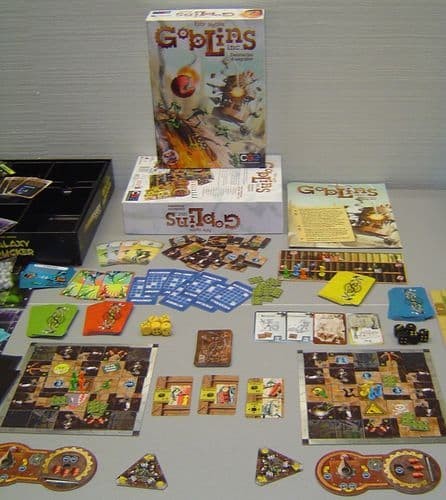 Goblins, Inc. is a corporation dedicated to building unstoppable giant doomsday robots, and it’s looking for a new Boss. Do you have what it takes?

Team up with your greed-driven fellow goblins and build the ultimate doomsday robot. Meet other teams in epic battles and blow them up, but always remember, only one goblin can win because there is no “G” in team work!

The game plays over two rounds in which you partner up with each of your fellow players to try to build the ultimate giant doomsday robot ”” but the other players don’t know which hidden agendas you must complete to impress the Boss! During the four phases of the round, the teams take turns designing, building and piloting their robots in order to destroy the other team and get one step closer to becoming the next Boss of Goblins, Inc.