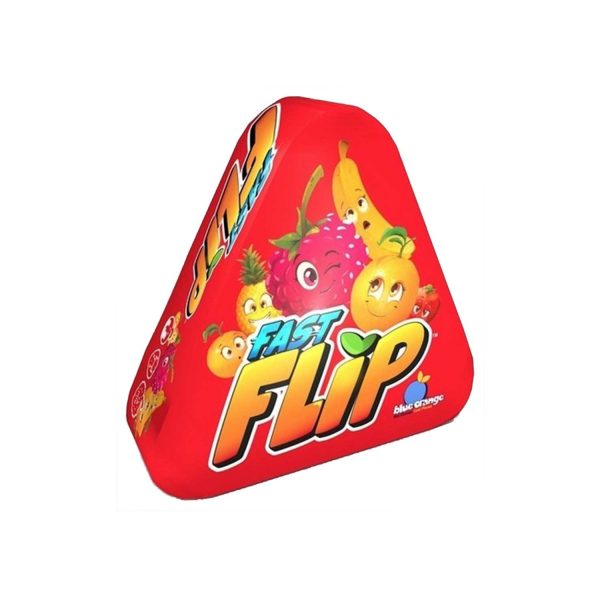 Players in Fast Flip need to react quickly to the fruit flying past them.

On a turn, someone flips over a card to reveal the fruit/number on the back of the top card as well as the front of a new card. If a fruit is revealed, whoever first yells out how many of that fruit are on the revealed card claims the flipped card; if a number, players compete to yell out whichever fruit appears that number of times. Once you flip through the entire deck, whoever has collected the most cards wins.

Alternatively, you can play with five fruit tokens and five number tokens. When you yell out an answer correctly, you claim the token that shows that answer, whether from the center of the table or from another player. Whoever first has five tokens in front of them wins.