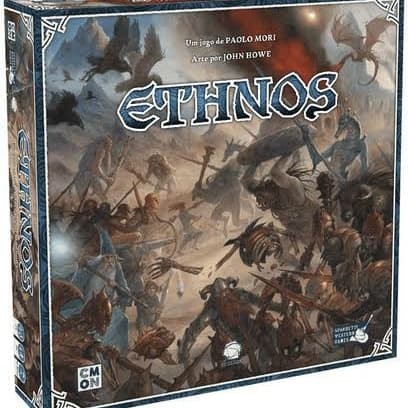 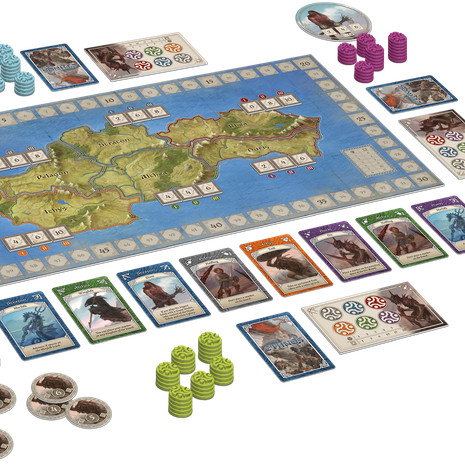 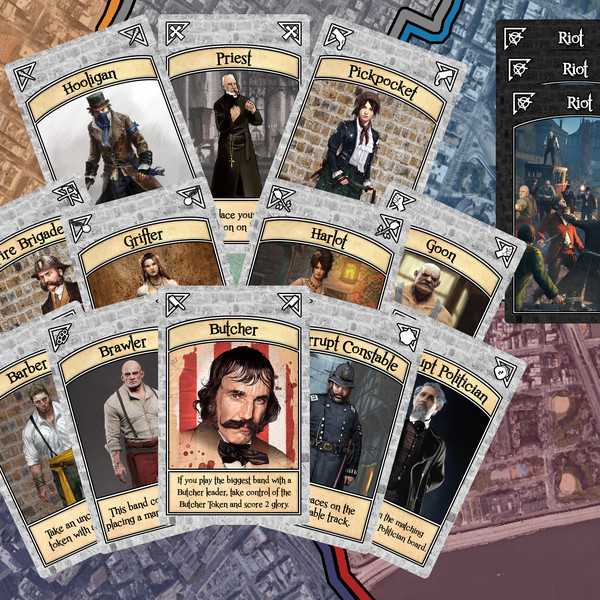 In Ethnos, players call upon the support of giants, merfolk, halflings, minotaurs, and other fantasy tribes to help them gain control of the land. After three ages of play, whoever has collected the most glory wins!

In more detail, the land of Ethnos contains twelve tribes of fantasy creatures, and in each game, you choose six of them (five in a 2/3-player game), then create a deck with only the creatures in those tribes. The cards come in six colors, which match the six regions of Ethnos. Place three glory tokens in each region at random, arranging them from low to high.