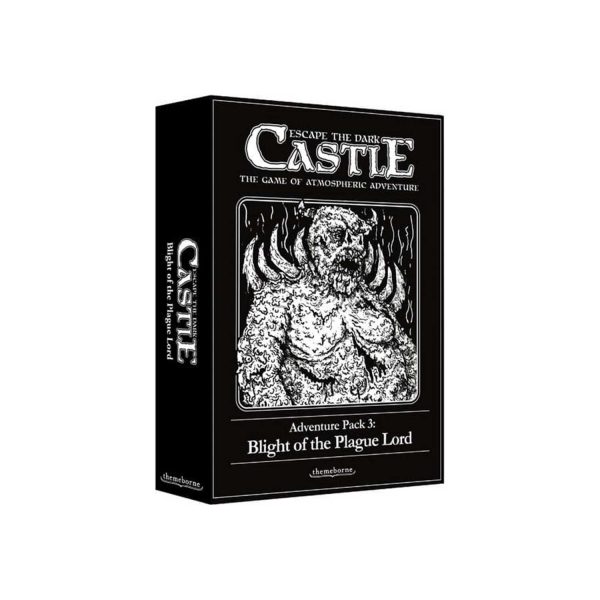 Escape the Dark Castle: Blight of the Plague

This is Expansion for escape the dark Castle! base Game needed to play!

This Adventure Pack introduces a new mechanic to the system – Plague. As if the horrors, traps, and challenges of the Dark Castle were not already enough to haunt the prisoner’s every waking thought, there is now a new kind of threat to contend with. As they explore the labyrinthine castle passages, players can now encounter Carriers, plague-infected lunatics bent on spreading the disease. Certain interactions with Carriers can cause prisoners to contract, spread, and even succumb entirely to this rampant atrocity, adding a new dimension and weight to the game’s risk-reward decisions.