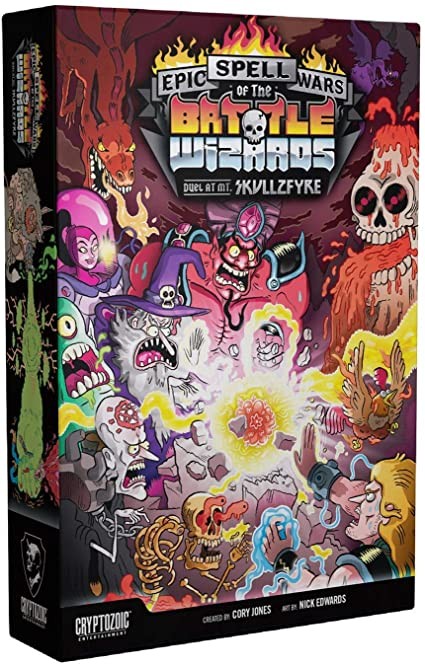 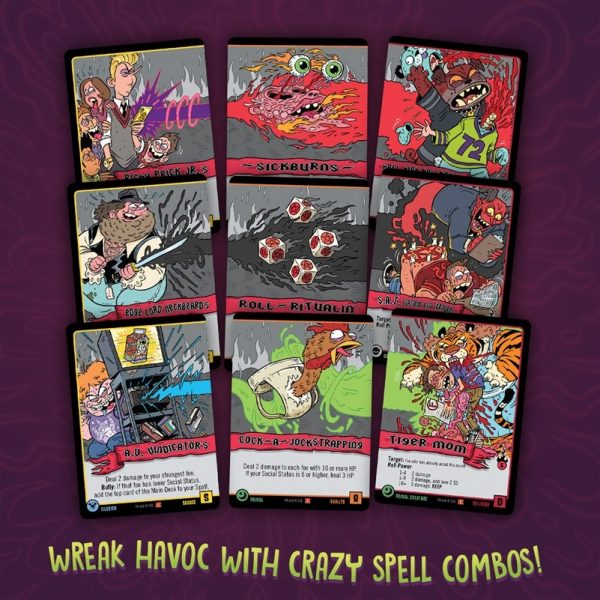 Did you know that witches and wizards are fighting to the death… and so on… right now!? “Why to fight?” you may ask. “What do I have to prove, magic man?” Just who is the most extraordinarily powerful battlemage in the entire world, that’s who! As a Battle Wizard, you’ll collect up to three spell components to create millions (okay, not really) of spell combos. Your spells might kick ass, or they could actually blow it upon you to master magic. You will unleash massive damage in the face of your mage rivals in an all-out burning indefinitely to become the last surviving Battle Mage. And it doesn’t stop there! Powerful magic items bring a whole new level of bloody carnage as you and your mighty wizard rivals tear each other apart in a killing party! Do you have what it takes to cast epic spells in the war on Mt. Skullzfyre? Will YOU become the Ultimate Battle Wizard!?! The Epic Spell Wars of the Battle Witches: Duel at Mt. Skullzfyre is a funny card game that depicts a fierce and exaggerated battle between various cutely illustrated wizards. The game focuses primarily on creating three-part spell combos to blast your enemies into the afterlife. The unique Dead Wizard cards allow players to keep playing even after their wizard is defeated. Awards & Honors 2012 Golden Geek Best Party Board Game Nominations number of cards: 178 cards info sleeves: 4 packs