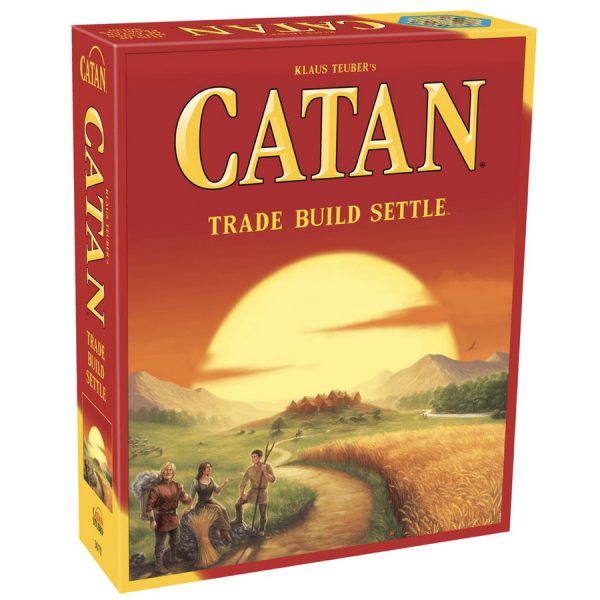 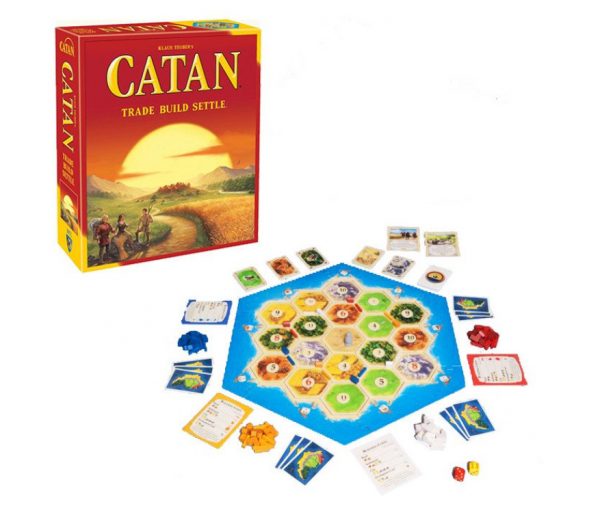 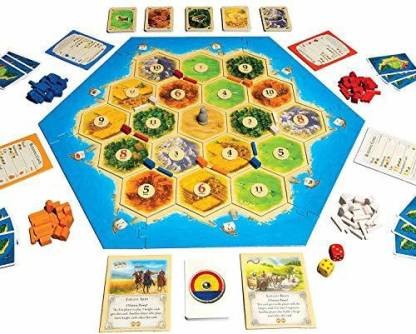 Tons of replay value
New graphics, board, and cards
Expanded Rule Book
Winner of “Game of the Century” award

Your adventurous settlers seek to tame the remote but rich isle of Catan. Start by revealing Catan’s many harbors and regions: pastures, fields, mountains, hills, forests, and deserts. The random mix creates a different board virtually every game.

No two games are the same!

Embark on a quest to settle the isle of Catan!

Guide your settlers to victory by clever trading and cunning development. Use resource combinations grain, wool, ore, brick, and lumber to buy handy development cards and build roads, settlements, and cities. Acquire your resources through trades, cards, or lucky dice (even outside your turn).

But beware! Someone might cut off your road or buy a monopoly. And you never know when the wily robber might steal some of your precious gains!

Catan (aka The Settlers of Catan) has been awarded Game of the Year, Hall of Fame, and even Game of the Century honors in Germany, the United States, and a host of other countries worldwide. An international favorite, it is been called the Perfect Social Game