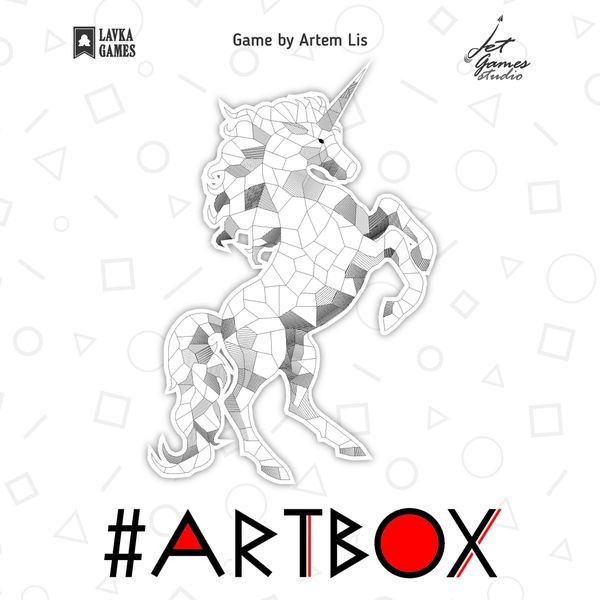 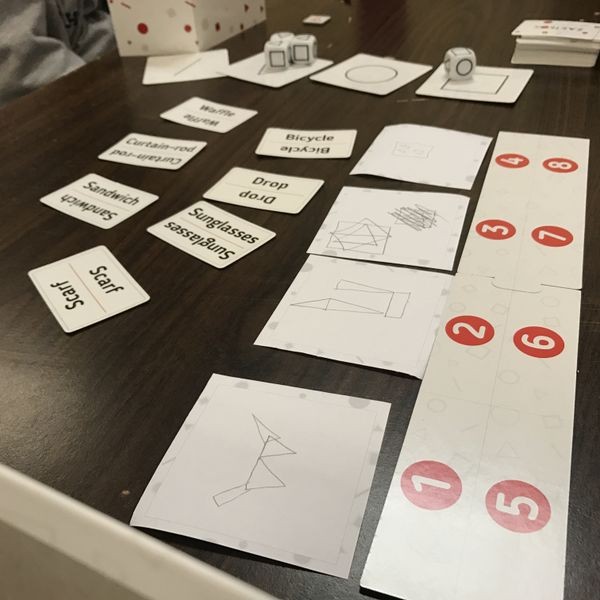 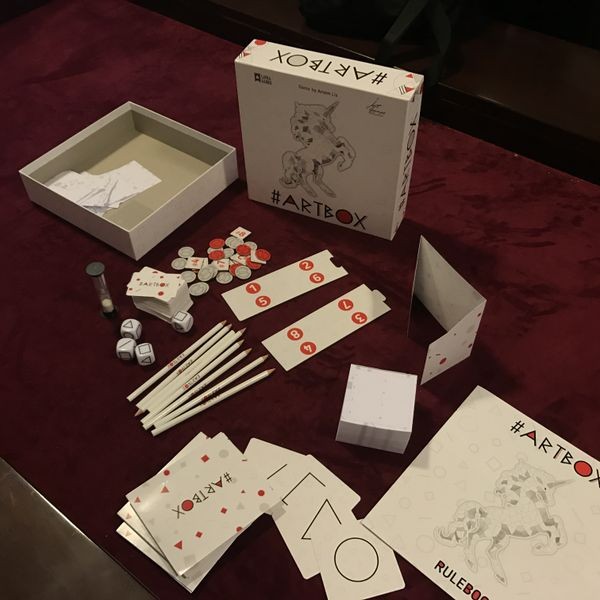 ARTBOX is a game in which each player becomes a modern artist.

Each game round is a competition of trying to depict your word using just several shapes. Players will also have to challenge their deduction, trying to guess what their opponents tried to depict.

Quick Rules.
• Each player takes 2 Word cards and secretly chooses one, the other is placed to the bottom of the deck
• The facilitator rolls dice and places them on the Shape cards
• Each player draws their chosen word using the shapes rolled
• The first player to finish takes the #1 token, the next player — #2, and so on
• The facilitator takes each player’s Word card face-down, adds random cards from the deck, and shuffles.
Then he/she places them face-up near the drawing board
• The facilitator takes each player’s drawing face-down, shuffles them, and places them face-up near the
designated numerated areas on the board
• Players match words with drawings. They secretly note their guesses
• The first player to finish turns the sandglass upside down. After the time runs out, no one can take notes anymore
• The facilitator checks drawings one by one and writes a number of players, who guessed right, on each drawing
• A player with the most guessed drawing gets the first Victory token. In the case of ties, the winner is a player with a lower number. A player can’t gain 2 Victory tokens during the same round.
• The second Victory token goes to a player who guessed the most drawings. In the case of ties, the winner is the player with the most guessed drawing. In the case of another tie, it’s a player with the lower number.
• Players check the endgame condition. If it’s not met, the next player clockwise becomes the facilitator. The new round begins.